A Perspective about Planet Retrogrades 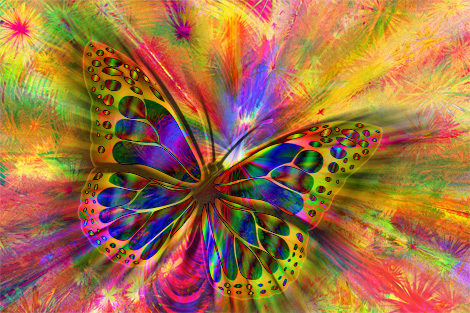 A Perspective about Planet Retrogrades

July and August are heavy times with respect to Planets in retrograde. We experienced the energy of 6 retrograde planets in July, and we will still have 5 of them retrograde in August. The power generated by them often generates a sense of things slowing down, disruptive emotional turmoil and a feeling of things going backwards or a frame of mind of being stuck. At worst, some people might feel threatened or scared by disturbing thoughts or emotions – fear, doubt, worry, uncertainty, depression, anger, frustration, lost and thoughts of missing the boat, etc. Anxiety, real or imagined related to some dark secrets around government and authority being revealed, hidden issues around race, beliefs, immigrants and nationalism in the world being exposed power plays and power struggles being showing, etc. All these happenings in society are creating shock, fear, rage, uncertainty, confusion and disillusion, which are affecting everyone on the planet Earth personally and collectively. Due to the sensitive mental and emotional state caused by the retrograde energy, some people have come to fear times of retrogrades. They try to avoid or resist the immense power generated by the retrograde without realizing that the energy during the retrograde is not meant to create fear, but is only a catalyst from the Universe created to provide us the opportunities to do some deep inner work by going inward to advance our soul development. Retrograde planets are not the problem or issues, but we are.

What is a retrograde? How did it happen? The truth is that every planet (except the Sun and Moon) will periodically stop its normal forward motion around the Zodiac (known as “direct motion”) and seems to be moving backwards (retrograde motion) for some time. In fact, this seemingly planetary retrograde motion has not or never will move backward, the retrograde motion is an illusion. It occurs because the Earth revolves around the Sun, and when the Earth passes over another planet during its orbit around the Sun, it makes the planet look like it’s going backwards. It’s like a slower moving car that seems to be moving backwards when passed by another car at a higher speed on the highway. As the Earth moves on, the planet’s illusionary reverse motion stops, and it appears to resume its normal direct motion.

From a metaphysical perspective, if a planet is in its retrograde period in your birth chart, it means that you should pay attention to those life lessons that you have chosen to learn but you have never learned or only partially learned in your previous life, indicating in your birth chart as M. You bring these life lessons to this life, to learn again, and to strive to achieve these goals in the current incarnation. Each planet represents a different lesson in life. The zodiac sign of the retrograde planet points to the lessons we chose to learn around how to express the particular planet’s energy; the house of the retrograde planet represents where or which area in your life that you’ve chosen to learn your life lessons. For example, Mercury retrograde in Natal chart indicates that you have unlearned lessons of communication. You may be afraid to say the wrong thing, or that people take your words in the wrong way.  So you may find it easier to not speak at all.

The energy of retrograde planets is mostly experienced on an internal level. Therefore, during planetary retrogrades, people usually feel that the pace of life is slowing down, there is a sense of stagnation, confusion. At this time, many emotions such as fear, anxiety, insecurity, anger, self-doubt stored in the subconscious will surface, causing a sense of crisis. Many people in this situation will be under the control of their own internal fears, anxiety and insecurities, and may make some blind and impulsive actions in the outside world, or shrink and shut themselves down because of suspicion of life and lack of trust in the universe. In fact, a planetary retrograde is meant to slow us down from the rush of secular life, and is a nudge, push or sledgehammer by the Universe to make us stop and reconsider our life. This is also a period of trial and adjustment for further Spiritual development. From a productivity point of view, the retrograde planetary period can help us reflect, or have a “redo”, which may be manifested in internal struggles against unfulfilled goals or unfinished life lessons. Such a process is the universe helping us align our life direction and goals with our chosen life plan.

I recently had a revealing experience on healing my deep Chiron wound. Although I have been working on healing my Chiron wound related my father and authority since 2008, the deep layers of energy around self-worth and self-value keep returning to me. Since July 16th, when the Lunar Eclipse Moon at 24 degree Capricorn, along with transit retrograde Saturn, retrograde Pluto and South Node in Capricorn were all approaching conjunction with my natal Chiron in Capricorn in the 2nd house, my deep fear, worry and insecurity around worth and value showing through money and material needs came out in full force, and I became extremely depressed and negative. I heard my Self talking non-stop in the background of my mind. I was honestly surprised by my own thoughts, emotions and negativity. Finally, I decided to do a meditation to face it. I felt much better afterwards. As I was relaxed, I was given the answer. My Chiron wound in Capricorn in the 2nd house originated in an ancient life where I was learning the lessons of power and authority, but I failed. My ego wanted absolute power and control, and I became a ruthless tyrant and dictator. I persecuted anyone who had different opinions from me and who I considered a threat or disloyal. Hence, lessons around power and authority I have not learned properly. In this incarnation, I have chosen to have Chiron – the deepest wound in Capricorn and in the house of value and worth to help me learn the lesson again. Maitreya told me 13 years ago that my main lesson is learning to be softer and kind. I heard him but did not truly understand at the time. However, his words have been always in my heart and mind to remind me of the lesson. The transit Saturn and Pluto in retrograde, along with transit South Node in Capricorn, with the assistance of the Lunar Eclipse in Capricorn in conjunction to my natal Chiron acted as the catalyst to enable me to finally connect to the root of my Chiron wound and the lessons associated with it. The beautiful thing is that once I connected to the energy and faced the issue, the energy was released, and the reality of my outer world changed; whatever I feared and worried about is gone as if it never existed. The outer world is not a creation but a manifestation of our inner world!

Thus, when we are in the planetary retrograde time, we may need to take our time, slow done, try to become an objective observer with ourselves and our life, strive to look deep within, and change our perspectives. In the end, a change in perspective might just give us access to an opportunity we would have missed otherwise. Viewed through this lens, perhaps retrograde misadventures can become worth it—even transformative. It also helps to use the retrograde time to review, reevaluate, reconstruct, refine our project, task, contract, relationship, diet and the area of our life that needs to be improved and adjusted, or prepare our new project, task, plans and goals. Once the planets come out of retrograde and turn direct, we are ready to execute and move forward fully. So, retrogrades should not be feared or worried, we cannot remove or run from retrogrades, we cannot control what the retrograde planet does, and we cannot stop planets turning retrograde, however, we can choose how to react and what to do with our life during the retrograde time. Remember, a planet turning retrograde is not here to destroy us or overpower us; instead, we are the power and the master of our own lives, our thoughts, intention, and perceptions. It is our choice to make big differences to not only our own lives but also the world around us. The choice is ours and ours alone.