Forgiveness – The Path to Unconditional Love 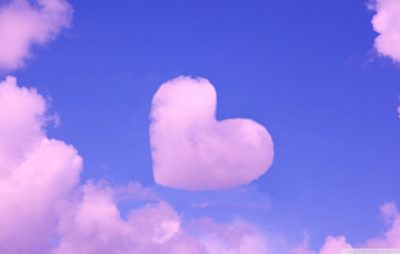 Forgiveness – The Path to Unconditional Love
by Jean Luo

A while ago, Alan and I watched a movie called “The Railway Man” starring Nicole Kidman and Colin Firth. It was a screen adaptation of Eric Lomax’s 1995 memoir; it tells the story of his brutal treatment by the Japanese after his capture in Singapore in 1942 and his determination to come to terms with it decades later.

“The Railway Man” is a true story of the torture of a British Army officer at a Japanese prisoner of war camp during World War II, and his suffering from the psychological trauma years later. It is an account of his attempts to find solace after locating the Japanese man behind his pain.

Like most people who have experienced a traumatic ordeal and torture in their life, Eric Lomax battled his inner demons and suffered the psychological trauma of his wartime experiences and was unable to live a normal and happy life. The suicide of his old friend who was with him in the camp, and the help from his wife, he finally decides to try to let go of his lifetime of bitterness and hate. He travels alone to Thailand and returns to the scene of his torture to confront Nagase, a Japanese secret police officer who was one of his primary torturers. Nagase, who had escaped prosecution for his war crimes is also battling his own guilt and shame, and in search of his own repentance, he is working as a tour guide in the very camp, which is now a museum, where he and his men tortured British POWs. When Eric Lomax finally confronts his former nemesis, he first questions Nagase in the same way that Nagase and his men had interrogated him years before.

The situation builds up to the point where Eric Lomax prepares to smash Nagase’s arm using a club and a clamp designed by the Japanese for that purpose and is now on display as a war exhibit at the museum. Out of guilt, Nagase does not resist and submits, but Lomax redirects the blow at the last moment to spare Nagase. Lomax threatens to cut Nagase’s throat and finally pushes him into a bamboo cage, just like Lomax and many other POWs had been placed as punishment. At that moment, Nagase reveals that the Japanese (including himself) were brainwashed into thinking the war would be a victorious one for them, and that he never knew the high casualties caused by the Imperial Japanese Army. Lomax finally frees Nagase, throws his knife into the nearby river, and returns to Britain. Through such an extreme encounter in the same place where the trauma began, it enabled Eric Lomax to face his intensive painful emotions and memories. He faced the choice between killing Nagase who is his enemy and had abused him greatly and letting him go. At that very moment, Eric chose to throw his knife into the river and release his enemy. This process enabled Eric Lomax to let go of his pain and suffering. He is finally able to release all the painful emotions and memories, he has freed himself from the past through his own choice and action.

After receiving a heartfelt letter from Nagase confessing his feelings of guilt, Eric Lomax returns, with his wife, Patricia, to Thailand. He meets with Nagase once again, and in an emotional scene the two accept one another’s apologies and embrace. The epilogue relates that Nagase and Eric remained friends until Nagase’s death in 2011. Eric Lomax was 93 when he died in 2012.

The movie has told us a true story of forgiveness. It is the act of forgiveness that has enabled Eric Lomax to transform his suffering, pain, anger, and hatred into acceptance and letting go. To the end, only love stands, and it has thrived into a beautiful and lasting friendship between Eric Lomax and Nagase, former enemies.

I was so deeply touched by this story. Often, the pain of accusation, anger, hatred, and other emotions we are exposed to by others can be very deep and hurtful, hard to forget, and difficult to forgive and let go. However, if we hold on to it, its grief can not only destroy our normal life, but also eat us alive. We then live a life without aliveness, and we become the walking dead. This does not destroy another or the ones who hurt us, but destroys ourselves, it is in fact a powerful way of slow suicide and self-destruction. In order to live our life to its fullest potential, it is very important and necessary for each one of us to forgive the soul who may have hurt us, move away, learn from the experience, give it no energy. By doing so, we will find that in time, there will be a healing. We should not only forgive others, but most importantly, forgive ourselves for anything that we have accused ourselves of, that we have held onto guilt and shame for, and that we have been punishing ourselves for. Therefore, “when you feel that you are suffering and in pain, ask yourself why this is happening? Allow yourself to be still so that the answer may come.” – Maitreya, from Maitreya Quotes App

Love is the essence of creation; love is the essence of our soul. Our pain is teaching us forgiveness. Our suffering is assisting us to find the path of love. “True love is gentle, does not demand, does not want revenge, is not angry, can walk away without pain – and most of all – is totally unconditional.” – Maitreya, from Maitreya Quotes App. Unconditional love frees our soul and raises us up to higher vibration and consciousness. It gives us the happiness and joy; it enables us to live in peace and harmony.