Our Earth is Re-Calibrating 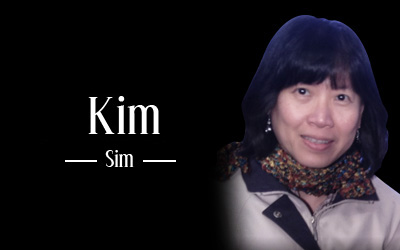 Our Earth is Re-Calibrating

Many are aware of the Shift that is going on in our World now. The Shift I am talking about is the shift towards Ascension or the Light consciousness. However, there seems to be a misconception that our world will become a better place to live in. This is not totally untrue except for the fact that it will not happen during our lifetime, nor the next generation to come. It will take generations before Earth can graduate to Ascended status, the rate of it depends on us (the collective humans on Earth). What humanity is doing at the moment is building “pillars or foundation of Light” for future generations to come. We are merely sowing the seeds of tomorrow.

I have mentioned numerous times that Darkness has to be displaced by Light and this is an on-going process that is happening in our world right now. Darkness cannot be in hiding anymore as the crystalline grid on Gaia re-calibrates. Even our weather patterns are changing to accommodate the Shift. Everyday, we hear unfavorable news in our media that seems to give the impression that our world is becoming worse. These are the dark energies that are surfacing because there is nowhere to hide as in the OLD energy that supported it collapsed as Gaia restructures the crystalline grid. There are dark souls that would not choose the Light but would rather take as many souls as they could as they exit Earth.

Individually, all the old energies that we created in the OLD energy has to surface to be released. In the OLD energy, a lot of these blockages were created by our Egos based on fears in survival mode. In the NEW energy, as we move towards the Light, and become more aware of our power to Create and Manifest, synchronicity takes over.

May I say that as the old blockages are released, they can cause alot of discomfort, pain and dis-orientation, as some coined these symptoms as Ascension symptoms. These can also cause upheaval in one’s life as well as mental and emotional issues. The way to overcome these symptoms effectively is through healings or being mindful/aware/conscious of one’s mind. This needs to be done 24/7, basically living in the NOW as much as possible. In the OLD energy, one might allocate 1-2 hours of observing the mind through meditation and taking a good 8 hours sleep (rest 13-14 hours are controlled by the Ego). This method of switching On and Off will not work anymore in the NEW energy because whether you like it or not, stuff is constantly surfacing. This is likened to spring-cleaning your house (metaphorically speaking your body as a vehicle) but in this case, imagine there is a force (your awakened soul) throwing out stuff that doesn’t serve you anymore (old energies, patterns, etc). Hence, if you do not have a system (such as being conscious/mindful/aware) to sort out these unwanted energies, you will be overwhelmed.

As individuals, we contribute to the collective pool of consciousness. Hence, the collective consciousness is the summation of all the individuals consciousness on Earth. We cannot change others but we can only be responsible for ourselves. We can raise our vibrations to a higher level to effect the change in others. In my post “A letter to all Lightworkers”, was posted a day or two before the Ukraine War started. In it, I mentioned that as a Lightworker (including those in the closets), even by holding the Light within you strong and bright, you contribute to the collective Light in this world. Sometimes, by observing without any judgement or action may be the best cause of action. There are instances, where the intent of certain individuals is good but their actions are met with retaliation. This could be due to lack of wisdom in handling their opponents who are not spiritually evolved yet. In extreme cases, can lead to unwanted results. Karma is cause and effect (reaction). If there is no action, there can be no reaction.

Our world needs your Light now. Hold your Light strong and bright and Darkness will be pushed out. No other action is required.

I leave you in Peace and Love.