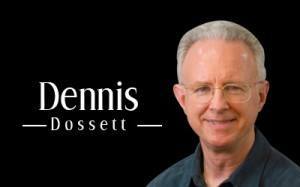 Many years ago I read a famous poem for an English literature class. The Charge of the Light Brigade was written in 1854 by Alfred, Lord Tennyson to commemorate and extoll the bravery and duty of the British soldier. This followed the tragic loss of over 40% of the cavalry troops in the Battle of Balaclava during the Crimean War in October of that year. The Light Cavalry Brigade consisted of 670 mounted soldiers armed with lances and sabers who charged into a long narrow valley against nearly 25,000 Russian soldiers accompanied by multiple batteries of cannons lining both sides of the valley. The slaughter that occurred was a forgone conclusion. Exactly who in the British chain of command was at fault is still debated (there was a lot of finger-pointing at the time) but it is clear that miscommunication of orders was a major factor in the debacle.

The Charge of the Light Brigade is a very stirring poem, which is partly why I remember it (or misremember it as it turns out) to this day. The second stanza of the poem portrays the honor to duty displayed by the British soldiers, and acknowledges the “blunder” (distorted communications) that led to the catastrophe:

“‘Forward, the Light Brigade!’
Was there a man dismayed?
Not though the soldier knew
Someone had blundered.
Theirs not to make reply,
Theirs not to reason why,
Theirs but to do and die.
Into the valley of Death
Rode the six hundred.”

Apparently, I’m not the only one who misremembers some of these lines. According to several scholarly analyses of the poem, the word “Theirs” is often rendered as “Ours,” and “to do and die” is very often misquoted as “to do or die.” But we live in a world of perception, not always of fact, and both of these perceptual errors were an essential part of what kept this poem on the back burner of my mind for decades.

Sometime around the age of 15 or 16, I remember coming to the conclusion that the purpose of life on earth is to “make decisions.” That’s all I “knew,” but I was quite proud of myself for this insight. I really had little concept of its implications at that age, but much has changed since then—especially me. Not long after that I read The Charge of the Light Brigade and noted that Tennyson was writing about soldiers who had no choice but to follow the orders of their (I hate to use the word, superiors, so I will use the word) commanders. That was their sworn duty, and that gave me great pause over the succeeding years as the American war in Vietnam increased in both intensity and visibility in the “public eye.”

I wonder what would have happened in Victorian England if the public in 1854 had access to “instant televised news” from the battlefront as we did in the United States during the Vietnam conflict. I also wondered at the time what the next year’s lottery numbers (birth dates) for conscription into the armed services would be. How soon would my number be high enough on the list to ensure that I would be drafted? I had no choice in the matter.

Then came the 1968 massacre at My Lai when a company of American soldiers brutally slaughtered Vietnamese civilians—men, women, and children—supposedly “under orders.” That, I could not comprehend. Did those soldiers really have “no choice” but to obey? The incident stunned the nation no less than me, and it finally changed the course of American war doctrine. I wonder what would have happened in the Victorian England of 1854 if there had been a similar public outcry. But of course, war was supposedly more “civilized” in that era; civilians were supposedly not included as combatants. Really? Look at the course of history since ancient times. I doubt it.

One of the things that changed along the way was that I became a serious student of human behavior, a Social Psychologist who studies the behavior of groups and of individuals within groups. Much of the research funding that supported my graduate studies in “leadership” came from the U.S. military, which also gave me pause for thought. But I had already decided to join the Air Force ROTC (Reserve Officer Training Corps) the year before because “my number” was pretty high on the list, and I just couldn’t see myself toting a rifle in the jungles of Vietnam. In short, I was committed (and sworn) to follow the orders of my commanders—regardless, but at least I had a degree of choice in the matter.

As a graduate student I studied things that later became a part of the basis for two Nobel Prizes. Decades of research consistently showed that human beings are not optimal (read “logically rational”) decision makers. In fact, we are psycho-logical decision makers who are biased in the direction of what makes us “feel better” about our decisions and their consequences. The “Fundamental Attribution Error” is a consistent bias for people to make internal attributions (intention, ability, effort, etc.—or the lack thereof) for the behavior of others, but external attributions (uncontrollable circumstances, no choice, etc.) for our own behavior. But not always. If we perform a task, we make internal attributions for our successes and external attributions for our failures. The opposite is true when we make attributions regarding the success or failure of others! “Reasoning,” as it turns out, is very often little more than “rationalizing,” an attempt to escape blame for failure and/or to accept kudos for success, and it all occurs subconsciously. But it is a choice, after all. Sometimes I think we are a remarkable species in spite of ourselves!

As a junior Air Force officer (1st Lieutenant) I learned quickly that an order is an order—regardless. My commanders were grizzled old pilots who relished their “glory days” flying P-51 Mustang fighters over Europe and Korea, often ill-prepared for their current assignments, and counting the days to their retirement. As an AFSC-2675b (Behavioral Scientist-Research), I “flew” an LSD (Large Steel Desk) on the ground at a technical training base in Mississippi. But my natural revulsion to “no choice” also prompted me to use my research knowledge and talents to influence—or at least inform—some of the decisions of my commanders. On occasion I was called upon as a “consultant” to commanders four- (full Colonels) to seven- (a 3-Star General) ranks above mine, but once they made a decision, it was my “duty” to follow orders irrespective of the science, of the commander’s own data, and sometimes (in my opinion) good judgment. I understand the necessity of following orders (to an extent) in a military organization; without it there would be no organization. But it never felt like “me,” especially later in civilian settings.

So, what is it about The Charge of the Light Brigade that grabbed my attention all these years? When I first read the poem, the tragedy seemed uncomfortably familiar. As I read, I could feel my blood racing but I had no idea why. Only decades later did I realize I wasn’t actually “there” at Balaclava, but I’ve “been there” many times nonetheless. Now I understand the power of occasional glimpses into the subconscious mind, in this case of other battles in other wars in other lives. Now I understand the botched communications at Balaclava as simply being a tendency of human beings to make less than optimal decisions, especially under stress. “Ours is not to reason why” is a testament to late 20th century research showing that attributions for success or failure are inherently biased and distorted as a general rule of human behavior. But a major factor in my response to the poem was the manner and extent to which Tennyson extolled the blind “loyalty and duty at any cost” of the British soldier. My own past-life experiences and the 20th century massacre at My Lai taught me something different. The notion that “Ours is but to do or die”—without any choice—doesn’t work for me as a general rule for human behavior—at least not my behavior.

What I believe at this point in my life (better be good because there is less and less of it as this body grows older!) is that I am here to make decisions about my life (OK, old hapbits die hard). Those decisions reflect my ability to be the “Master of my life” rather than to be mastered by life (thank you, Maitreya!). I call the process for implementing that philosophy Conscious Living as outlined and explained in my three Dancing with the Energy books. Every moment of our lives is a continuing stream of opportunities to choose to grow into a better version of ourselves. Conscious Living is not “reasoning;” it is consciously choosing to use the birthright of our free will to stack the odds in our favor for creating the life we desire.

But that “do or die” part still just doesn’t stick; I don’t live in Victorian England any more. Rather, I prefer to think of the whole thing quite differently these days:

”Ours is not to reason (rationalize) why,
Ours is but to choose and try (to become a better version of ourselves).”

That is the essence of Conscious Living, and it works for me. I really do think we are a remarkable species in spite of ourselves—if we choose to be so.

Have a great month!