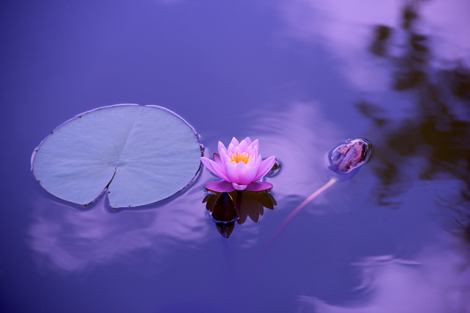 I was in a group of healers who were discussing and sharing healing and healing experiences a few weeks ago. Someone in the group raised the concern about what one should do when a client had an emotional outburst during the consultation or healing, such as crying or being angry. I was amazed by the responses and concerns that were expressed by this question. Some people felt awkward at having to deal with their clients’ emotions during the session and they wanted to find a way to avoid it. Unfortunately, avoiding, ignoring or suppressing emotion is not a solution, instead, it can only delay the healing process and prevent the healing energy from effectively doing its work on the client!

Nobody can truly be immune from having emotion as long, as you are living on the Earth Plane. Why? Because the Earth Plane is ruled by the Moon – the mother of emotions and feelings. The way of human life on the Earth Plane is colored and controlled by human emotions. Our thought, thought process, decisions and choices that we make are often driven and controlled by our emotions consciously and unconsciously. Regardless of whether it is someone in authority and power or an ordinary individual, the decisions being made will be driven and influenced by emotions. Just look around, from movies, television news, newspapers to social media, everything is fueled by human emotion. There is nothing wrong in having emotion, however, we need to understand that emotion prevents us from listening to our intuition and seeing the true meaning of everything we experience. It is the emotions – fear, anger, hatred, jealousy, insecurity and pride, etc. that fuels our desire to, lash out, control or exert our power over others. It creates all sorts of dramas, crisis, craziness, misunderstandings, and traumas in the world; from government, church, family and individually. Emotion clouds our beliefs, traditions and conditioning, which result in wars, killings, and conflicts. This leads humanity to dissension, disharmony, destruction and self-devastation. Until we are aware of the power of our emotions and make a conscious choice and effort to work on releasing them through letting go and detachment, we will be inevitably trapped in the past, which will inhibit our movement forward into new energy, a new way of life and higher consciousness.

It is a fact, uncontrollable emotion creates all sorts of problems, dissension, disharmony and destruction, but avoiding, denying and repressing emotion creates even more damage and destruction individually and collectively in the long run. Repressed emotion will result in even more destruction when it becomes no longer controllable and erupts irrationally. A few weeks ago, Alan and I watched a movie called “Prodigy”. It was about a young girl who unintentionally killed her mother with her kinetic mind powers. Her guilt consumed her and resulted in uncontrollable rage. She did not know how to deal with her pain, which caused her to angrily lash out and unleash her gift in a destructive manner.  Her uncontainable and overpowering energy was not only self-destructive, but harmful to everyone around her. Fortunately, a psychologist was able to finally help her understand what really happened to her and save her from herself. It showed the unbelievable power of destruction when emotion is not understood and not constructively released. Looking at the killing, shooting and bombings around the world, all of them are the action of bottled-up anger, rage and hatred. When internal repressed deep emotional pain is no longer able to be controlled or contained, it often manifests as uncontrollable destructive anger and rage that erupts out to the external world creating tragedy and destruction in its wake.

Most of humanity does not have the metaphysical knowledge or understanding about emotion and its power. Most of us were not taught to express our emotions during our growing up years, especially crying. Instead, we were asked not to cry or to express our emotion; if we did, we would be considered weak and cowardly. Thus, we learned to deny and repress our emotion. The faulty thinking was, if we rejected it, or pretended that we did not feel it, it would no longer be there. Unfortunately, emotions are live energy and can only be repressed temporarily. Energy must flow, if not, it will become stagnant, and create energy blocks in our body, mind and soul, resulting in dis-ease, disharmony and all sorts of issues, problems, crisis, traumas and tragedy, etc. Therefore, it is very important and necessary to allow emotions to flow constructively with the understanding that emotions are pure energy.

The purpose of healing is to remove energy blockages and to make the energy flow easily and smoothly. This will create balance, peace and harmony that will assist us individually and the whole of humanity collectively. As such, crying and constructively releasing anger, facing fear and insecurity are all meant to free the repressed and trapped energy. It is the most powerful, efficient and inexpensive healing remedy on all levels; body, mind and soul. We just need to learn not to throw our emotions uncontrollably to anyone or to hurt others irresponsibly while we are releasing energy.

I remember that while I was assisting Margaret/Maitreya in their classes, one of my tasks was to provide healing energy to any student that unexpectedly experienced a healing crisis, such as crying or other emotional outbursts during the class or meditation. I was often asked to go to the student and to stand behind them and give them healing. Margaret/Maitreya always encouraged the students to let the emotion out when it came to the surface, and not to suppress it again no matter whether they were in the class or after the class. The students who went through the healing crisis often felt much lighter and better after the release. The healing that Spirit sent to them through me was filled with love, compassion and understanding. As a result, while the students were still releasing their emotion, the others in the class were not distracted. The students often expressed their appreciation for the healing after the class.

Therefore, as a spiritual reader, counselor and healer, it is important to allow the client to go through the healing crisis when the repressed emotional energy is coming to the surface during the session without taking things personally, without fear or embarrassment, but with an open heart of compassion, empathy and understanding. By doing so, we are helping the client heal themselves.