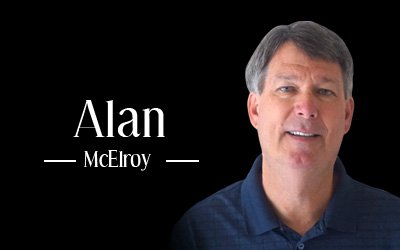 It’s such an easy game for the lower-self-aspect of ourselves to hoodwink us into the mindset of being the victim. As circumstances and relationships unfold around us, we often feel overwhelmed by emotions like being uncertain, scared, or confused, to name just a few. What we don’t fully understand is that our reaction that is playing out on the surface is being driven by a subconscious fear within us. This fear ignites an innate energy whose sole purpose, in simple terms is survival. We’ve evolved a long way from the animal kingdom, our fear of being eaten by something bigger has evolved into ‘fear of change’ or being pushed out of our ‘Comfort Zone’ as Maitreya referred to it. “The Self is all fear, for it hates change – it wants to stay in the comfort zone of life.” – Maitreya Quote

Unfortunately, change is the only true constant in our existence, and it is the tool the Universe uses to assist us to evolve. Why do we need to evolve, because we’re trapped by lifetimes of past life emotions stuffed into our soul memory that keeps our vibration at a level where we are earth-bound entities stuck on the wheel of endless incarnations.

Victimhood is the sly perspective the lower-self employs to have us constantly looking outward and blaming others for our issues or situation. From this point of view, as we’re caught up in our emotions, it’s so easy to throw our fears, doubts and insecurities at the person or circumstance that triggered this inborn energy that’s been trapped for many incarnations and is trying to be released. Your incarnation is about releasing this trapped energy by delving into these subconscious fears to unleash the trapped energy contained in your soul-memory. The Universe is constantly trying to put you in situations to trigger these encounters and circumstances of uneasiness to allow you to work through the energy to assist you to raise your vibration. Unfortunately, without seeing through our reflexive response of conditioned victimhood, we get stuck in the illusion of poor me. I’m not appreciated, they just don’t understand me, I’m not good enough, are just a few of the subconscious thoughts the lower-self utilizes to hold us back and stuck in Victimhood.

Try to remember and embrace the concept that WE, the person looking us in the mirror every morning, put together this incarnation with all these crazy interactions and pitfalls. If you’re like me, even with this understanding, it doesn’t mean that it’s easy or that you don’t take three steps forward and then two steps back. It doesn’t mean that you’re immune to the emotional roller coaster of life, but hopefully with knowledge it will give you perspective, and with perspective you can look inward and release the energy rather than looking outward and throw the energy at someone external to yourself only to be reabsorbed for another go around in this life or next.

Dealing with the Self

The higher in vibration you rise to, the harder it becomes to deal with the Self. One has the impression that once one gets to a higher rate of vibration then everything is fine. However, the role of the Self is to protect itself, and you or so it thinks, and you will never be able to remove it. You WILL leave it behind when you come home to spirit; but every physical body has a Self, it is the survival part of humanity.

One can however, learn to control that energy and not give in to it. Since its conception, it has learned how to maneuver the body and to sabotage humanity from moving forward. It is the reason why there is so much return to the earth plane, it instills fear, doubt and insecurity into every soul. Fear which stops souls from walking their destiny path and fulfilling it. If one does not know about the Self, it can mimic the Higher Self and have you believing it is that energy! Only a brave few know how to handle the Self, deal with it, control it, and manipulate it.

There are actual tricks one can do to placate the Self and when put into being, the Self can become tamed, giving you a chance to learn about it. Even when it has been tamed and one has dealt with it, like a squirrel, it will hide information about you, so when you are tired, busy and worn out, when you are vulnerable, it will bring out its secret stash to use against you. My channel is now on a higher level of vibration, but the Self is now fighting for its life, as there is more Higher Self there than Self. It can feel and see its demise; it is determined to survive, and waits until she is tired and has little energy to really cause distress and havoc in her life.

She was told about this by we the Brotherhood members, but knowing about it and experiencing it are two different things. She works hard at fighting the Self when she has low energy, but it still manages to get to her at times. Some call it “The Monkey Mind” others ego, but it is a living force and unless one can understand it and to deal with it, one cannot raise one’s vibration, and is forever a slave to it. The Self lives in the past, it is in fear of the future! The Photon Energy is helping humanity to fight the Self by blocking information about the past in each soul. Many are thinking they have a memory problem, but it is the Higher Self’s way of having control from the Self, most of the time it is in control, but only when the body is tired, with limited energy, can the Self come in and do its damage. Be aware of your Self, its purpose is to stop you moving forward using fear, doubt, insecurity and other such expressions. The Higher Self only wants to see you fulfill your destiny, and to be happy, it has no fear at all, it knows what it is there for with you. Let it do its job!