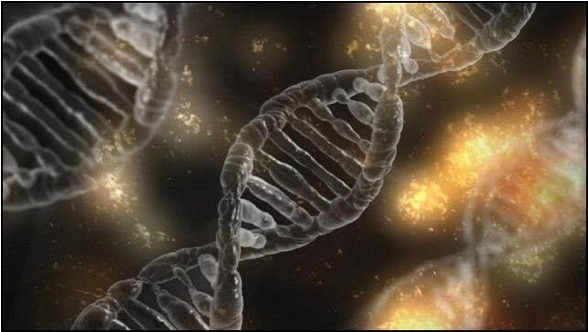 Some of you may have already seen the numbers 11:11, 2:22, 3:33, 4:44, 5:55, or even 9:11. These can be a car plate number, a book page, a digital time etc. You will know it because your attention will be directed to see those numbers and it is not coincidental. I once saw 9:11 on an oven clock, microwave and a digital clock all within the span of 1-2 seconds. It may sound bizarre to some but it happened at one of the lowest times in my life about 17 years ago. It was pretty much ground Zero for me where the old energy structure collapsed, and I was given the opportunity to rebuild it with the Light energy.

Now, the number “88” is kind of new (new to me) because this information was just given to me a few months ago. If you have read my older posts, I mentioned how I lost my interest in Science. I was part of the Human Genome Project and was working at the Human Genome Center, at the University of Tokyo. It was a Worldwide collaboration Project and scientists all over the world came together to sequence and decipher our Human Genome. It was a massive, massive project but sadly to say, only 4-5% functionality of the Human Genome is known, even today.  Does this mean the rest of the 95% is “junk DNA”? It is not possible that God made 95% of our Genome useless. My passion in Science began to fade slowly since then as my interest in Metaphysics began.

Someone in this Group mentioned to me that he saw the number “88” a while back in his meditation. Today, I was given the message by Spirit that the number “88” represents the DNA Double Helix (see photo above) and seeing the number “88” means you are given the sign to release the functionality of the rest of your 95% DNA. This does not reside in our linear world, hence, scientists will not be able to discover it no matter how hard they try. The attributes of the DNA are multi-dimensional, so only spiritual release/activation is possible. Once released, we will be able to reclaim our magnificence as spiritual and multi-dimensional beings. We will be able to live our lives to our fullest potential.

I know many find our world to be in a depressing state right now. But as I said in my earlier posts, dark energies have to be displaced by Light energy for us to achieve a world of a Higher Consciousness. This DNA release/activation is still a new information coming through our Earth. It will be mainstream in the future,

I probably had mine released last month around Aug. 12th because something profound happened to me. I started experiencing miracles and it seems like karmas started to erase too. One of them was a friend who was angry with me (a misunderstanding) and refused to speak to me for the past 30 years, left a nice comment on my FB out of the blue! Manifestations are faster too. It still blows my mind  how I manifested 2 wooden pallets in my backyard in 10 mins! (Refer to My Shitake Protect on FB). My healing is accelerated too! I am very amazed at how multi-dimensional energies work!!

Our world has much work to be done before it can reach a Higher Consciousness. Lightworkers are given the nudge to come out of their closets and many are seeing the number 11:11 which is the sign.

May I request that everyone to hold a positive thought or vision for a better tomorrow. Our collective consciousness will contribute to the Crystalline Grid which will awaken others faster to achieve a better world.

I leave you in Peace and Love.