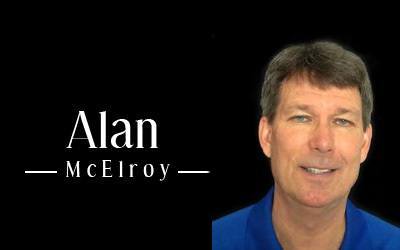 Jean and I are visiting China for a month and I am experiencing something that I encountered the last time we were here. That would be, being quiet, not voicing my opinion, not talking for the sake of talking. This is difficult for me, because when among friends, I tend to speak up and make my thoughts known and quite often joke around to push the emotional buttons of the group.

I remember Margaret teaching about her being a “Drama Queen” until one day she had an actress rent her apartment. As the story went, the lady would give an Oscar winning performance over some trivial matter and Margaret said one day, she had her “ah-ha” moment as she realized she was watching a mirror image of herself. The Universe was providing her a mirror to assist her to look at an aspect of herself that needed changing.

So, with the language barrier here in Jean’s province being insurmountable unless Jean translates, I am forced to sit in silence and watch the body language as the verbal sparring goes on around the dinner table. I had to chuckle as a young 30-year old young man (Jean’s nephew), who holds a local judgeship tell his mother who had picked some wild herbs from the local park with Jean on our walk that if they did it in his town, he would make them pay a monetary fine, and put them in jail for breaking the law. Ironically, he wasn’t kidding. I found it amusing, because his mother is actually, a very senior administrator in the province prison system. I didn’t know exactly what they were talking about at the time, but I knew the forceful exchange with his younger aunt who appeared to be defending his mother’s actions and the nephew started when the mother proudly pulled out the green leaves that her and Jean had plucked from the grass in the park to show everyone. When Jean was picking them, I was reminded of her telling me that during the cultural revolution when they had nothing to eat, that any green leaf they could find they picked and ate. But, the son did not have that perspective or life experience of his aunt or mother and now he was imposing his views in the name of probably some minor local ordinance, but scarier, his authority over other people’s actions. We are often in these situations and they lead to disagreements and arguments. Maitreya would often say, “each one of you is correct in your own truth, but your argument is just a waste of energy, what could you be manifesting with that energy?”

I would like to say that the young man wasn’t me, but I would only be lying to myself. It’s one thing to become the observer of those around us, but it would help if we started with observing ourselves. I think I’ll try to turn over a new leaf and try to carry on my current voice-less situation even when I understand what is being said around me once I return home. I’ll shoot for 1-week and hopefully make it at least a few days. I know Korinne would really love me not pushing her emotional-buttons all the time with my wisecracks! LOL

Have a great month – Alan