During the channeling process Margaret leaves her body, and I come in. We have worked for many years to hone this arrangement, and now I can come and go with very little effort on my part. While in her body, I am able to communicate through her and move the body, should I need to convey the message with gestures. There are many different things that those in the audience can experience when I am in Margaret’s body. My auric field extends greatly, encompassing any room, no matter the size. The photographs below, captured by an Aura scientist in India, show the differences in the auric field around Margaret’s body while in the channeling state. The “During” picture shows how my channel’s body removes negative energy and emotions from the audience. This energy can be seen in the numerous black dots that are captured in the picture. Once the talk is completed, the energy from the audience is absorbed into my channel’s body, as seen in the “After” photo. Once absorbed, Margaret’s body transmutes the energy from the audience, often taking many days for the full transformation of the energy to be completed. The aura scientist who took these photographs has captured the auric field changes from every guru in India, from Sai Baba to Sri Sri Ravi Shankar. He made comment that in all his years of studying auras, he has never witnessed anything such as this before. 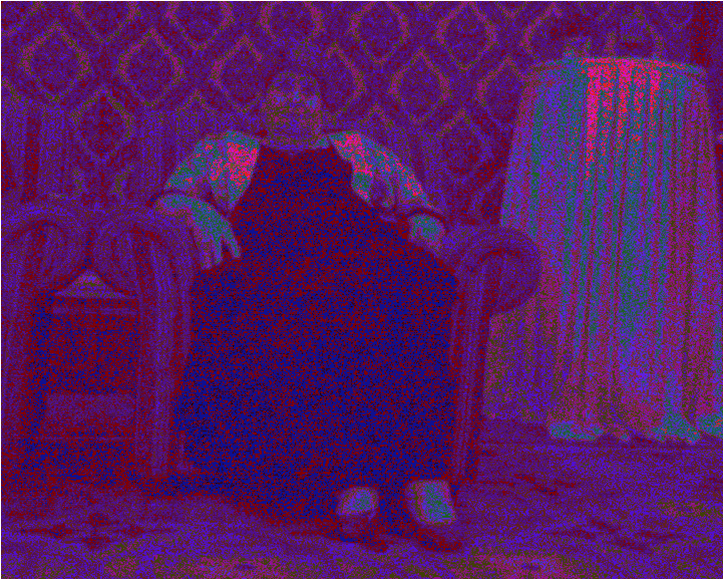 Aura Photo 2
Before the process negative sediment energy, due to karmas particles created in past-present life reflected in conscious & subconscious aura of people. Reflected & Seen in Maitreya in Photo 2 (below) as black particles. Which is cleared & new positive aura is developed, during channeling with Maitreya by Mrs. Margaret, within fraction of second. Also green color for healing & pink for forgiveness & love is seen in large amount through the body. Golden yellow in crown chakra seen due to highest spiritual connection. Very rarely subconscious aura shifts (changes) 100% is seen. Excess water contain seen in the body is seen in aura due to white transparent color. It is symbolic of acceptance & absorption of all negative energy. Lastly turning to ONENESS AURA. 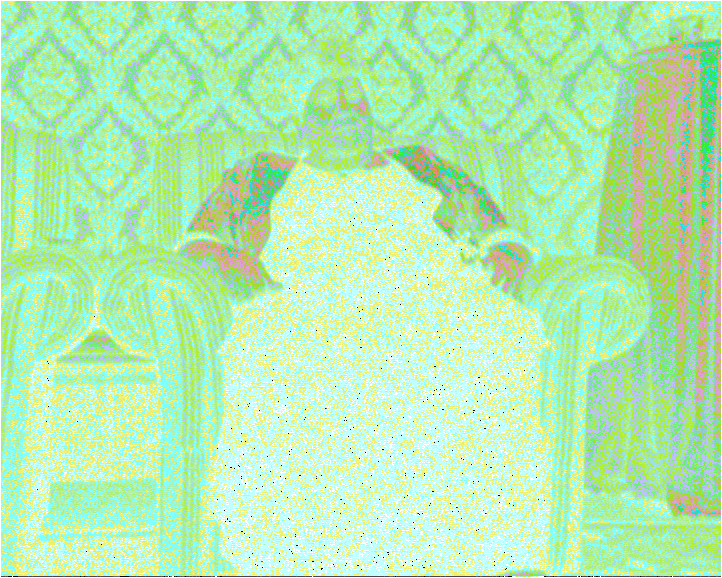 Aura Photo 3
During the channeling Maitreya has expanded aura to more than 80-100ft. He has absorbed negative energy from all the people in the event (Photo 3), which is more negative than Photo 1. 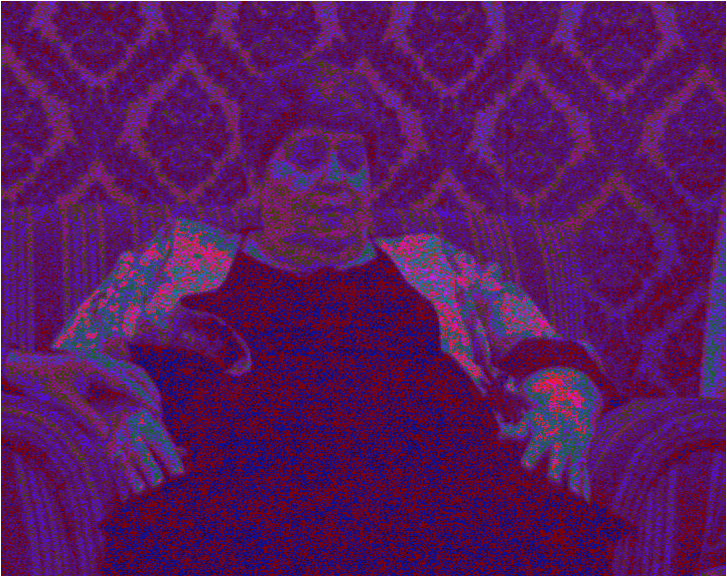