Maitreya Speaks – How to Have Peace Come to Planet Earth? 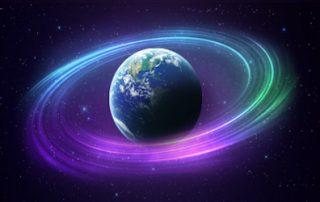 How to Have Peace Come to Planet Earth?

If peace is to reign on the Earth plane, and humanity is to be saved; one has to remove the rule by governments.

The reason for this, is that each soul is their own Master. Each soul has their own truth. While you have governments and councils in control, you have anarchy because there are those who support them and those who do not. It is assumed those who do not support them are anarchists, but they are not, they just choose not to support that particular group. You can ask yourself, “But how will the Earth be ruled ?” Well, each soul will become their own Master. Each soul will donate 10% of their income to a collective of elders, these elders will be people who are respected by ALL. The Elders will represent a cross section of society, not just those who are wealthy or of standing in the community. They will use this income to pay for the utilities and costs to provide what is necessary for the survival of the souls who elect them in. At each monthly meeting of decision, it will be a public meeting, and souls will be able to stress what is needed to be done, such as repairs, new work etc., without anger, and fear. All suggestions will be taken on board, and eventually put into place, this will be done in order as they come in, and as finance is available.

Each soul will be respected and their opinion also respected, for each soul has his own opinion. Importance will be given to the environment, and to respecting nature and working with this body of energy known by many as “Devas”.

Society will be more informed about the role of nature and its importance in their lives. Those who have different views will work side by side without war or strife. They will understand their differences, and once again these will be respected by both sides. This scenario may sound like a Utopia, but it can work and in the future of the Earth plane, it will work. Slowly, the Earth plane is changing, humanity is starting to see what it is doing to itself with age old systems.

Humanity is also becoming aware, more and more souls are becoming aware, that the old way is not working, and something new needs to be introduced. It will not happen for many Earth years yet, but it WILL happen, and then and only then, will the Earth plane move towards its higher vibration without strife, conflict, untruths, and manipulation.

Those who have strayed, or done wrong, will be offered education to help them to change, and they will use this opportunity to do so. The vibration of the Earth plane will enable this to happen also. Gradually, those who have been shunned by society, who have done something to hurt another, will come back into the fold and be welcomed, yet they will not be punished for their past, nor will others mention the past. It will have been and gone.

Humanity will live in the NOW, by then, most souls will understand about the teaching of metaphysics, even though they may not believe it as their own particular belief, they will respect this belief as they do all beliefs and will work in with the law of metaphysics because they will see it working. This will come to pass in Earth time, when much more has taken place.

This is an overview, a prediction as some may say, of how humanity will be in the future of Earth time. There is still more carnage and suffering to go through before this happens. It is inevitable in this year of 2004, while the world is working in the old ways, but once the change occurs, slowly but surely, humanity will begin to see the new way, and slowly, it will become what is called Peace on Earth.

This is Maitreya’s Newsletter #105  from Maitreya Speaks