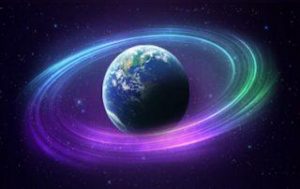 A question from a viewer prompts Maitreya to answer the following:

Question: I am always told that what we (workers for spiritual realms, healers, etc.) do for people is to help unblock energy. We are always talking about blockage. This is, I am sure, a way we can physically grasp the concept. How can energy get blocked? Because I operate from a limited view as a human, the only way I can think of is the molecules bunch up and do not move. Doesn’t that contradict the laws of the universe, that everything is in constant motion? When something is blocked, does it mean it is standing still but vibrating? All of what I read, learn, and hear comes down to opening blockages and raising our vibratory rate. The word raise is also a physical world word. How is the vibration actually raised?

Answer: You ask me about energy blocks, about how it gets blocked, and of how the chakras are affected. Every thought becomes something. From the moment of its conception, the thought becomes reality. Every time you think – whether good or bad a thought – you immediately set up a reality. You create a thought about something or someone. That thought is destined to manifest. If it does not, it goes back within, but it does not go back to where it came from because it has been created and cannot be uncreated. So it goes within the Etheric (Auric body) and stays there – unmoving, still, waiting – until it can be used.

Often you have a thought about someone. You feel you want to communicate something, but cannot do this. You then set up an energy (thought) block in the throat chakra. Perhaps you are frightened to open the door to the spiritual part of you. You think about this but do not do it. You then create an energy (thought) block in the third eye or crown chakra.

To give an example of just two areas of blockage: Because it cannot be seen it stays there over earth time – often for many incarnations – becoming more and more angry because it cannot move. You have stopped it by not acting and allowing the created energy to flow. It then turns inwards trying to get back to its creator. But it cannot do this because it is not possible. It is of the spiritual, not the physical, and it needs a spiritual channel to remove it. It has been created; you cannot un-create it except by spiritual healing or divine intervention of some sort such as prayer. All thought is energy, and all energy has to move forward. Just like the human sperm of the male has only one purpose – and that is to fertilize the female – so energy as thought has only one purpose and that is to create what has been thought. Negative thoughts will create negative realities; positive thoughts will create positive realities.

That is how blockages are created. Only the Divine Energy of the spiritual realms can clear these blocks. Through your own bringing in of that energy (if you are not too heavily blocked with negative energy or through someone else such as a healer) the power of the spiritual energy can (if there is the right channel for that energy) shift the energy block and dissipate it until it does, in fact, return to where it came from, i.e.., Universal Energy. Removing this stagnant, negative energy then allows the spiritual body to vibrate at a higher rate (frequency) of vibration.

This is Maitreya’s Newsletter #275 from Maitreya Speaks